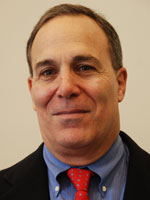 Lew is a litigator with more than 30 years of experience in prosecuting and defending actions involving complex business, contract, employment, entertainment, securities fraud, RICO, and real estate disputes. He has more than 20 reported opinions in state and federal courts, at both the trial and appellate levels. Prior to joining WSMB, Lew was a partner for more than 10 years in the prominent New York boutique litigation firm Coblence & Warner, whose clients included the New York Yankees, Yves St. Laurent, Patricia Duff, Princess Yasmin Aga Khan, and the Andy Warhol estate.

He was a key member of the Coblence & Warner defense team which secured the dismissal of claims by Kidder Peabody against Joseph Jett in an arbitration in which Kidder sought $83 million in damages for Mr. Jett’s bond trading activities at the firm, and secured the return of $5.7 million which Kidder had frozen in his cash management account. Lew has handled or participated in a number of arbitrations before FINRA and the AAA, and has handled a number of mediations before JAMS and court appointed mediators. Lew has served as an adjunct professor of business law at NYU’s Stern Business School. He received his J.D. from NYU Law School and his B.A. from Columbia University, where he was a Bodman Scholar and on the Dean’s List at Columbia College.